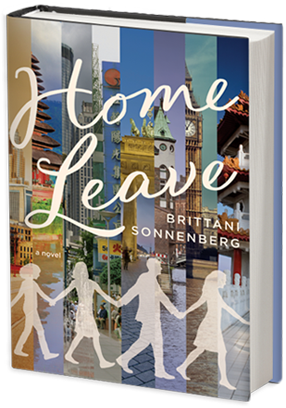 “Sonnenberg writes about expatriate life with an easy authority. . . . [She] is most interesting when she allows herself flights into the otherworldly. A house that longs for the family who once occupied it narrates the opening section. Sonnenberg introduces these stylistic conceits slyly. . . . In the elegiac final third of Home Leave, daughter Leah emerges as the book’s emotional core. . . . This sets up an interesting contrast between the psychologies of mom and daughter: one never wanting to be fully known, the other never expecting to be found familiar. It’s a dynamic that whets the appetite for what’s to come in American expat literature.”
—Megan Hustad, The New York Times Book Review (“Editor’s Choice”)

“Stark but sweet, warm and wise, Home Leave is an ambitious, well-executed debut. . . [it] will leave many readers hoping for another Sonnenberg novel full of the same humor, compassion and honesty.”
—Cindy Wolfe Boynton, Minneapolis Star-Tribune

“Home Leave is a gem of story suitable for anyone with international experience. And the quality of Sonnenberg’s writing is such that I’m really looking forward to seeing what she produces next.”
—Beth Green, The Displaced Nation (“Best Expat Books of 2014”)

“Sonnenberg writes like a house on fire. The opening chapter alone is worth the price of this book.”

“It’s hard to believe that this astonishing novel is Brittani Sonnenberg’s first–she writes about family with wisdom, humor, and native daring. Here is Persephone’s journey, undertaken by an entire family, the Kriegsteins, who ricochet through time zones, moving from Berlin to Singapore to Wisconsin to Shanghai to Atlanta, together and alone. Sonnenberg’s prose is so vital and so enchanting that you will read this book in the dilated state of a world-traveler, with all of your senses wide open. Her family members are so well-drawn and complex that you’ll close this book certain they exist.”
—Karen Russell, author of Swamplandia! and Vampires in the Lemon Grove

“Home Leave is a rich, lively novel.  Original in conception and set in various continents, it describes migrations as a contemporary existential condition.  More importantly, it shows how this condition effects change, loss, and growth in the migrants.  It offers many insights that are true.”
—Ha Jin, author of Nanjing Requiem

“Brittani Sonnenberg, like the best storytellers, shows us what we carry and what we leave behind as we travel across time zones (from America to Germany to Singapore), as we sit in airports, alone with the aloneness, as we love, live, grieve, and then try to live once more. Authentic, beautiful, bravely-told, Home Leave is alive with characters you want to protect and hold-characters you won’t want to leave behind.”
—Nami Mun, author of Miles from Nowhere

“Home Leave is a remarkable debut, notable for the insightful intimacy of its characterization and a restless formal invention which perfectly evokes the uncertainties of expatriate life.”
—Peter Ho Davies, author of The Welsh Girl

“Utterly convincing in its observations and confusions, Home Leave captures the realities of a globetrotting life with aplomb and poignancy.  What a marvel!”
—Gish Jen, author of Tiger Writing and Who’s Irish?